Roofing through the Years – Transblue Guide

One of humanity’s first learned talents was how to find or make shelter, and the roof is a shelter’s most crucial element. It is the area that shields the occupants from the weather. Buildings and roofs started to change as people developed.

Let’s go on a more in-depth historical tour of roofing to see how it has changed over time and among different countries.

How Roofing Evolved in Asia and Africa

The beginning of civilization will be in Africa. It’s simple to imagine that the earliest humans slept outside, either in a cave where they were safe from the elements or under the stars. On the other hand, archaeologists have found evidence of very early roofs constructed from a range of materials, such as animal parts, wood, rocks, and clay.

The earliest humans had to make do with whatever roofing materials were available to them. Mud and straw roofs were typical in many regions of ancient Africa. Wood was also utilized, but it was typically combined with another material, such mud or woven fibers, to fill in the spaces. In this way, primitive dwellings like wattles-and-daub houses were frequently constructed.

As we get to the East, we will observe that China has a long history of constructing intricate structures, with the usage of clay tiles possibly dating back to 3,000 BC. The use of clay roof tiles by the Chinese signaled the start of the evolution of roofing design.

In Pacific part of Asia, traditional homes were constructed of the nipa palm, whose roofs were water-resistant. Thick limestone and coral walls are utilized in some areas and other typhoon-prone places to create sturdy roofs that can withstand severe gusts.

The Evolution of Roofing in the West

The majority of Western Europe’s thatched roofs were initially popular, but they were quickly supplanted by hardwood shingles. It was not until the Ancient Greek and Roman civilizations that tiles gained popularity in Europe. The Roman and Greek cultures used slate and tile in the first century A.D.

During the reign of King John of England in the twelfth century, real developments in roofing technology occurred. Laws were created requiring residents to replace their roofing with clay in order to help avoid fires in the increasingly populated cities. After 600 years, the first mass-produced clay tiles were created, and a century later, the first concrete tile roofs were installed.

Other Parts of Europe

However, roofing in Southern Europe have historically been composed of baked clay, providing that unmistakable Terracotta appearance to Spanish and Mediterranean architecture. By the early 1900s, red-painted concrete tiles were being used as a cheap alternative. Tiles spread to other parts of Europe as the variety of patterns and hues grew. The roof tiles traveled across the Mediterranean Sea and along the French Riviera to other nations.

Roofing in the US and the Rise of Modern Roofing

It is not surprising that English settlers in America chose to build their homes out of thatch as the material had already gained popularity in Britain by the year 735 AD. Sugarcane leaf was used to make thatch. Because the materials were simple to get and construct, thatching remained a less expensive alternative to tiles among European immigrants to America far into the 18th and 19th centuries. They laid a covering of sod and thatched their adobe prairie homes to make them more insulated. The thatched roofs, however, were prone to leaks and may even collapse in heavy downpours.

Due of this, American roofs developed in a manner that was comparable to that of European roofs. In the early decades of settlement, the materials that were accessible and the weather conditions dictated the initial roof designs. Although practically any roofing style may now be used thanks to modern technologies, immigrants to the US tended to value their traditions and stuck with the traditional designs.

In the 1920s, asphalt shingles were developed in the United States. Asphalt is composed of a cellulose or fiberglass base, as well as mica, oyster shells, slate, and clay particles, all of which are sealed with resins and polymer-modified bitumen. Due to their simplicity in production and installation, asphalt shingles quickly established themselves as a standard for many American homes. Various coatings, materials, and adhesives were also used to increase their toughness and endurance to adverse weather conditions.

The legacy of the past is carried on by modern roofing materials, which incorporate the best components of what has been successful for centuries with modern technology and fashion. Although variables like the local temperature, the accessibility of materials, and cultural preferences still have an impact on the type of roofing materials used today, purchasers have a lot more options these days. Examples include ceramic or concrete tiles, which come in hundreds of colors and designs. In addition, they can select a more affordable roofing option or a sloped roof.

Today’s roofing materials are engineered for durability, adaptability, and economic considerations in addition to other features. Today’s homeowners and builders have access to a wide range of more economical options. You may be certain that whatever roofing option you select for your home, a lengthy history of human invention, labor, and workmanship went into creating it.

How to Choose the Best Roofing for Your Home?

At Transblue, we have been in the business of transforming lifestyles through landscape construction for over 17 years. We love helping people and we love doing a World Class job for every one of our clients. We never cut corners and see every project through to the end, whether it’s landscaping, asphalt or snow services.

Our passion is to build beautiful projects and we believe in treating your home like ours. We truly care about your project and doing a great job for you. We listen, collaborate, and design. This enables us to turn your project and dream into a reality. Our goal is to always exceed expectations of our customers.

Ready to make your appointment for your perfect roofing? Contact your local Transblue franchise to connect with our team of experts! 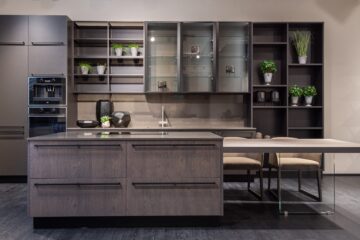 How to Plan for Your Bathroom or Kitchen Renovations?

Introduction If you are tired of the same old bathroom, or if your kitchen is looking a little tired, it may be time for some renovations. But how do you know where to start? And Read more… 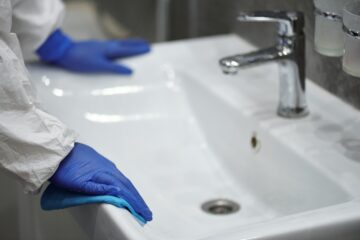 How to Know When You Need a Something Fixed?

How To Unclog A Toilet or Drain

Introduction If you’re like me, you love to live in a home that’s always clean. But sometimes it’s just not possible! In this case, though, there are some simple steps that can help unclog your Read more…